A Brilliant Run with Shakespeare

A Brilliant Run with Shakespeare

Metropolitan’s Homeschool Program just finished its most successful production yet, learning and producing one of Shakespeare’s first plays, TheTaming of the Shrew, and eventually selling out eight performances in MSA’s Black Box Theatre.

Barbara Schwartz, who directed the show says, “You can’t assume your audience will know Shakespeare.”  Her third time directing a group through this play, her philosophy guided both patrons and students through a hilarious appreciation of Shakespeare.

Tamingis a comedy depending heavily on Commedia del’Arte, a form of Italian, slapstick comedy that was rapidly spreading throughout Europe during the Renaissance.

For those who don’t know, marriage is the central theme in Taming of the Shrew.In Elizabethan England, the idea of marriage founded on two people loving each other is rare and parents’ arranging spouses for their offspring was the norm. Shakespeare constructs his characters’ view of marriage as society would: as a means of getting rich and increasing social status; as a means of gaining power over another; or as a way of escaping one’s family. But Shakespeare doesn’t seem settled that these are optimal choices because none of them are put in a positive light.

At first, Petruchio, a main character, seeks marriage for wealth and as a means of gaining power over his ‘Shrew,’ Katherine.  In Elizabethan England, a “Shrew” was a woman who was deemed unruly and bad-tempered which is the typical behavior we see in Kate.  The script suggests that, as the final curtain falls, Petruchio and Kate are in harmony with each other. The lesson learned is that a balanced partnership in marriage is preferable to one that manipulates or dominates.

Schwartz believes Shakespeare is gratifying to watch if you understand what’s going on.  “The more help we can give a not-so-well versed viewer in understanding the basic plot ahead of watching the play, the more they will enjoy it,” she said.

Schwartz created a three-minute “teaser” of the performance, as well as a pre-show musical theatre piece, Ill Soggiorno della Regina, that gave the audience an understanding of Renaissance times.

“Allowing the actors to perform a ‘synopsis’ was fun for them and offered more opportunities for actors that didn’t have a lot of lines. It became one of their favorite parts of the production,” Schwartz said.

Following the teaser,Ill Soggiorno, a lead-in piece provided the audience a feel for the era and provided more roles and experience for younger students.  The music and steps were pulled from the 14th-16th centuries, most of the instrumentals (guitar, violin, flute, recorder and some brass), arranged by a student, were being performed live by students. A few songs were performed a cappella with complicated harmonies and set the stage for the times of Queen Elizabeth I, The Renaissance period, and The Taming of The Shrew.

There is enough evidence from the play and history that, using it and some common sense, we can conclude that Taming of the Shrewis a tongue-in-cheek, slapstick poke on marriage and societal norms of the time, all wrapped up in Shakespeare’s never-wavering theme that true love, in the end, should reign supreme.

Metropolitan’s Homeschool Program is in its fifth year, and third year producing a show.  Its students only rehearse two hours, once a week from January-May and then a few extra rehearsals in June. This fits the homeschooler’s busy schedules but rehearsing once a week means less retention between rehearsals and when we do rehearse it has to be very efficient. Understanding the words is the first objective. Schwartz says their version was edited changing some of the antiquated words with more modern ones. “We tried to emulate the way that Shakespeare meant to do his plays and with Tamingthat’s important – projecting a purely male chauvinist, misogynist world against a helpless female was not the route we would go with this ‘problem play’. Putting Tamingin a comedy world really takes the edge off, but it is tough to pull off because of the physicality and comic timing. However, most of the leads were in classes this year and we were able to study the form for a full semester,” she said.

Schwartz said all the blocking was provided for them and they were expected to do their homework by going over things at home. They also studied videos of commedia as well. She believes comic timing is everything and using actors in key roles that already had a sense of that was helpful. “We layered the rehearsals, introducing the blocking first, then the sound effects. Then it is just took repetition until they ‘got it’. “

Schwartz also wanted to give students the opportunity to play live instruments this year.  She says she had no idea what would walk in the door at auditions.  It was the Bliss family talent that made it possible. Once the directors heard them play brass (Lewis and Chesterton), violin (Chesterton) and the flute (Bethany) they picked out pieces that would fit nicely with the show’s theme and outline. Barbara Schwartz’s son, a musician, arranged all the pieces except for one (the opening number was arranged by John Bliss, father to Lewis, Bethany and Chesterton and a composer). We also had a recorder (Brigid McDermott) and a guitar (John Sams). I am so very pleased with how well they all did – it added so much to the show.

Yasmine Bolden as Tranio, Immanuel Crocket as Biondello and Noah Player as Lucentio

More About our Homeschool Program Leaders: 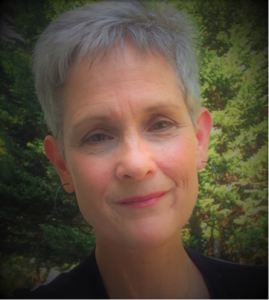 Barbara Schwartz was inspired to consider theatre as a career when a friend dared her to join the chorus of Carousel at her high school drama department in 1974. She holds a B.F.A. in Theatre from Transylvania University and an M.F.A. in Acting from Catholic University of America. She has played hundreds of roles, leading and supporting in plays penned by the greats to those still ‘hot off the press’ on stages in basement restaurants, to the Kennedy Center. Some other theatrical ‘roles’ include Equity Stage Manager, Production Manager for Olney Theatre and Technical Director for CUA and Summer Opera Theatre Company. She has also worked commercial, film and television spots and hosted her own late-night television show in Lexington, Kentucky in the mid 1980’s. She was a professional puppeteer with Bob Brown Puppet Company, performing on tours at the White House and with the National and Baltimore Symphony Orchestras. She credits those years, her time acting and teaching with Lexington Children’s Theatre and homeschooling her own four children as valuable formation in her current work.  In 1999, she founded a theatre program for area homeschoolers and discovered that nurturing students of all ages in the art of expression through acting was a most gratifying way of utilizing all of her theatrical experiences. She continues that mission at Metropolitan School of the Arts, teaching and directing for the homeschool program.

Steve Schwartz, Barbara’s husband, has been helping her for the last twenty years in lighting, sound and set design. He also builds and paints the shows. He has an extensive professional background in technical theatre and studied lighting design at Indiana University. The shows wouldn’t look or sound nearly as good without him! He takes a full week off from work so he can lovingly oversee and run the show’s tech.

Maia Rodriguez, musical director, came to MSA as a parent of one of our students. Her daughter has been enrolled in our classes since the program’s start and her younger son started the program last year. She is with the Navy Sea Chanters and is now teaching private voice lessons at MSA. She’s a wonderful musical director and pulls so much out of students.

Diane Spinelli, year-round Director of the Homeschool Program, and former professional ballerina with the Houston Ballet, invited Barbara Schwartz to help start the program with her at MSA after she learned Schwartz built a similar one at a local co-op. Spinelli provides support besides Schwartz with her wonderful choreography. She cares so much for all students, and especially the classical ethos that so many homeschoolers follow. Both feel that maintaining innocence and providing upstanding pieces with beauty and goodness in them is important in forming students in the arts. Diane’s husband Don Spinelli, a professional musician, also provided the instruments and some instruction for the sound effects stage.

-Gabrielle Crockett played Vincentia (has been in the Tuesday program for five years, has played roles in all three productions and will move on to pursue a teaching arts degree next year).

-Annie Farias played Katherine (has been in the Tuesday program for one year and auditioned for the first time this year).

-Madalyn Oliver who played the Merchant. She hasn’t taken our classes but has been in all three productions and is considering the new MSA post-graduate program for her gap year. She has a lovely voice and was in the barbershop quartet in The Music Man.

-Katherine Noble was our Queen and the Widow. She will be going on to VCU to study cinema.

-Adam Tomlin, Baptista, was brand new to MSA this year. He walked in on recommendation of a student that was in Sound of Music. He was exactly what the show needed. At over six foot tall, Tomlin has a booming voice and great comic timing!

-Bethany McCormick came to MSA last year in The Music Man. It was her first experience doing any type of theatre and she is considering it as a career.

From Ill Soggiorno, sets the stage for the Renaissance era andThe Taming of the Shrew

About the Author: Melissa Dobbs

Toggle Sliding Bar Area
Thank you for your interest in MSA!